The definitive guide to differentiate BSPP or Gas, BSPT, and NPT threads.

Throughout the 19th century, when a manufacturer needed a connection for hydraulic or pneumatic circuits, he went to the workshop and solved it in the most convenient way for him. As a result, each house used a different type of thread or connection, creating a major incompatibility problem.

This was the case until Sir Joseph Whitworth, an English mechanical engineer, appeared on the scene. The Whitworth thread that we still use today was the proposal that this manufactured to solve the incompatibility problem that existed. This type of thread was chosen as the standard for connecting pipes because when one of its threads was cut, it became a self-sealing thread, making it the BSP thread (or British Standard Pipe Thread).

Sure enough, on the other side of the pond, a different standard was established, this time by William Sellers, for the use of nuts, sleeves, and bolts. His invention, the NPT Thread (American National Pipe Taper Thread), became the American standard.

And so we arrive to our days, where we manage different standards at international level with similar applications. This mixture of acronyms makes it difficult to really understand the characteristics of each type of thread and, therefore, how they differ from each other, whether they are compatible or incompatible, etc.

That is why we have prepared this article in which we clarify once and for all the differences and compatibilities between BSPP (or Gas), BSPT, and NPT threads.

Let’s get down to business.

We start talking about BSP threads, which, as we said in the introduction, are Whitworth system threads and therefore based on a 55 degree angle thread. It is the standard that has been adopted worldwide (except in North America) for the connection and sealing of pipes and fittings by coupling an external thread (male) with an internal thread (female).

Within the BSP threads, we can differentiate between two different threads, and this is where the party starts:

Therefore, in the case of BSPP threads, the idea to be clear is that both males and females are always parallel threads, i.e., both are assembled with the same cylindrical thread. In these assemblies, adding some kind of sealing material to the joint is recommended.

Here are some of the main rules to consider for this type of thread.

Standards of interest for BSPP or Gas (G) threads:

For Whitworth threads, the standard is grouped differently depending on their threads’ sealing type. For BSPP or Gas threads, where sealing has to be produced by other means, the cases are covered by DIN ISO 228/1 and equivalent standards:

Here are the main rules to take into account.

Standards of interest for BSPT threads:

For BSPT threads, where the pressure of its threads produces the sealing, the cases are contemplated in the ISO 7/1 – DIN 2999 and BS 21 Standards.

Are BSPP and BSPT threads compatible?

Having clarified what type of thread each one is and what their differences are, let’s see how these threads can be assembled, a point on which there is often confusion. The golden rule is straightforward: a tapered male can fit a tapered or parallel female.

That is, a BSPT (tapered) male thread can fit both a BSPT (tapered) and a BSPP (parallel) female since the taper of the male will fit equally into a cylindrical thread. In the case of using a tapered tap on a parallel female, sealing material is recommended to ensure the tightness of the joint.

However, a BSPP (parallel) male thread will only fit into a cylindrical (BSPP) female thread, as it will be impossible to fit into a tapered recess.

All this is reflected in the following figure:

As mentioned in the introduction, although the BSP thread had become a recognized standard a couple of decades earlier, the American William Sellers succeeded in getting this type of thread adopted as the one used in most public works and railroads. As a result, today, it is the most widely used thread type in the United States and Canada.

A detail that must be taken into account is that NPT threads do not ensure tightness by themselves, so it is recommended that some sealing material be applied to the tap, such as Teflon tape or thread sealant.

The following figure shows the difference in shape between BSPP, BSPT, and NPT threads:

In terms of designations, different names can be found to refer to male or female NPT threads:

There are also different variants of the NPT thread, which complicates everything a little more. Among all of them, it is important to highlight the following:

YES! NPT and NPFT threads are compatible with each other. Normally there is an interference fit between the root and the crest on the larger or smaller diameter of the thread, depending on where the NPTF thread is located. In addition, if we mix NPT and NPTF, it will be necessary to use a sealing material to ensure the tightness of the joint.

As for NPTF and NPS (or NPFS) threads, as we said above, they can be combined using an NPTF male (which is a conical thread) on an NPS female, achieving a tight connection. In any case, the combination of a parallel thread and a tapered thread is not the ideal union, although they are frequently used.

Are NPS and BSP threads compatible?

BSP and NPT threads are not interchangeable, as they have different pitch and flank angles.

In these cases, because of the difference in thread shape, a spiral leak will occur.

As in the previous cases, we leave here rules applicable to the NPT

Standards of interest for NPT threads:

Having trouble finding the fittings you need?

We hope this article has helped you solve your doubts about these types of joints and their possible combinations and incompatibilities. In any case, if you have any questions or need advice for your project, do not hesitate to contact us.

At Redfluid, we are happy to offer all our customers the advice they need to find the best fitting solution for their projects. You don’t need to be an expert in valves and fittings, we will take care of that part for your installation to go ahead.

Also, if you do not find any type of union that meets the requirements you need, Red Fluid can manufacture it for you in a completely customized way. If you need a custom part, here is more information on making it for you. 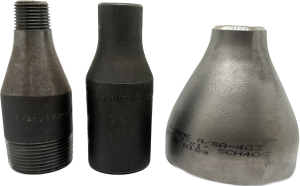 As described in our post on the TOE or TBE nipple, a SWAGE pipe nipple, also called SWAGE fitting or reduced nipple, is one that 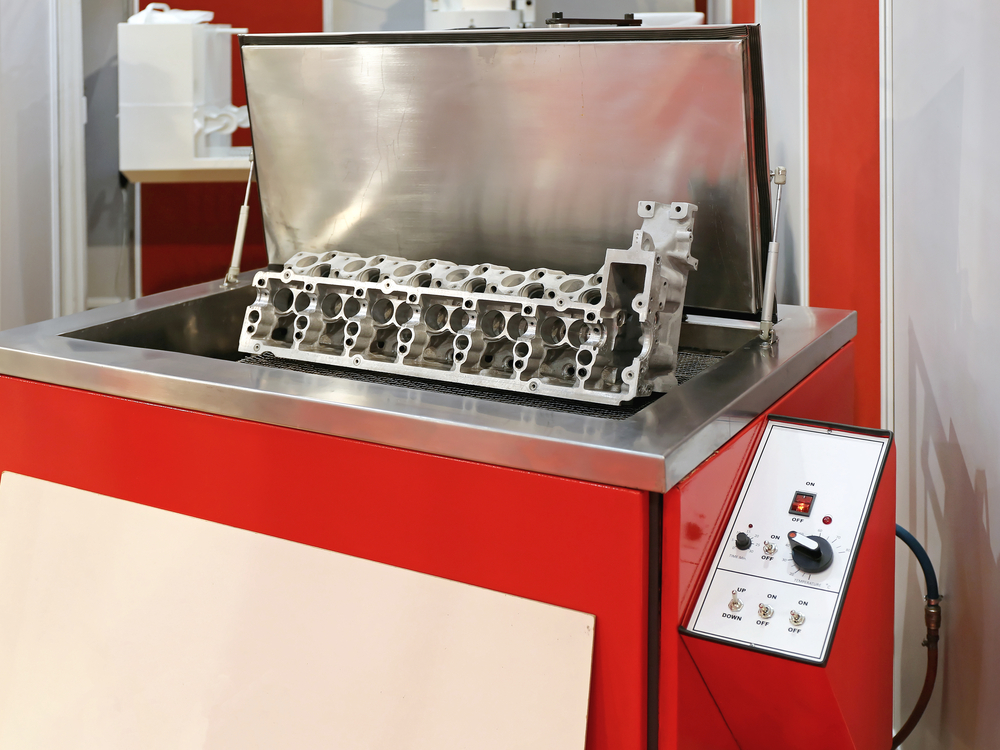 It is no secret that oxygen equipment must be clean and grease and dirt-free. Cleaning is not only necessary in your home. That goes without

You can find out more about which cookies we are using or switch them off in settings.

This website uses cookies so that we can provide you with the best user experience possible. Cookie information is stored in your browser and performs functions such as recognising you when you return to our website and helping our team to understand which sections of the website you find most interesting and useful.

Strictly Necessary Cookie should be enabled at all times so that we can save your preferences for cookie settings.

If you disable this cookie, we will not be able to save your preferences. This means that every time you visit this website you will need to enable or disable cookies again.

Please enable Strictly Necessary Cookies first so that we can save your preferences!